Bitcoin’s price noted a boost of just over 8% over the past week. This push caused the price of the world’s largest cryptocurrency to rise above its $9k resistance and it was valued at $9,336.77, at press time. Such growth was also noted among major cryptocurrencies, with Ethereum [ETH] surging by over 12%. According to contrarian calls, ETH may outperform BTC in 2020.

Market data provider Skew highlighted the growth noted by the top two digital assets and noted that Ethereum [ETH] has been trading at a four-month high at $190. Its Year-to-date returns were marked to be close to +47%, while Bitcoin reported YTD returns of +29%. 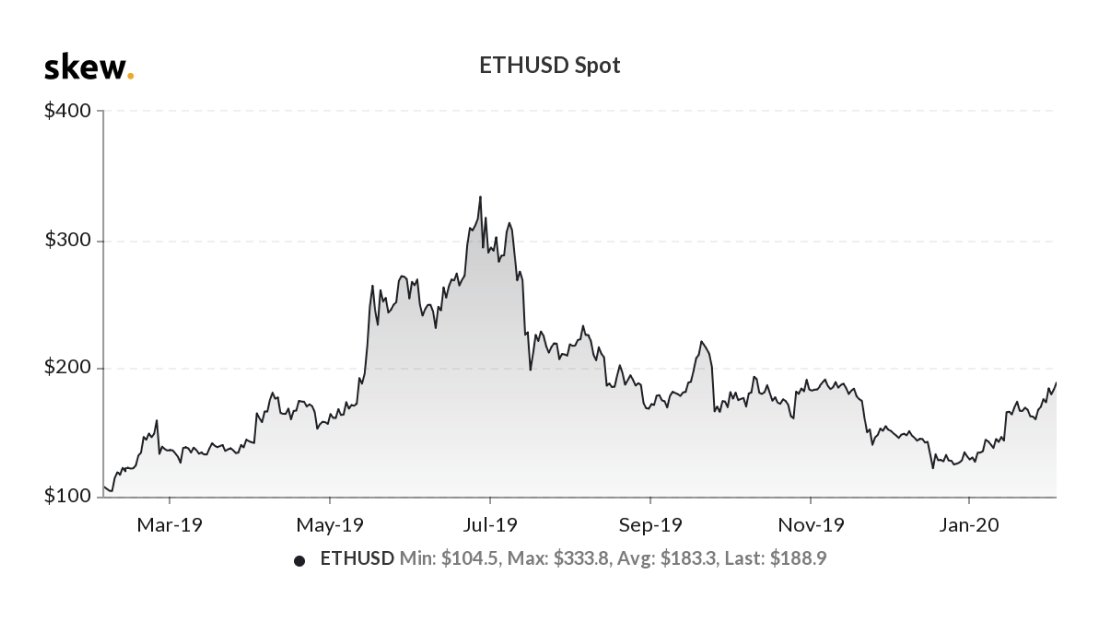 By the end of 2019, the ETH Futures market reflected the precariousness of the market. However, come February, Futures reflected strong price upgradation. According to data provided by Skew, Deribit users expected the price of the coin to rise till $200 by June 2020 i.e. post-halving. On the other hand, users on other exchanges also hoped for a contango term structure, one where the price of the asset will be $195 by April, something that seemed to be a plausible outcome since the current price of ETH was $188.77. 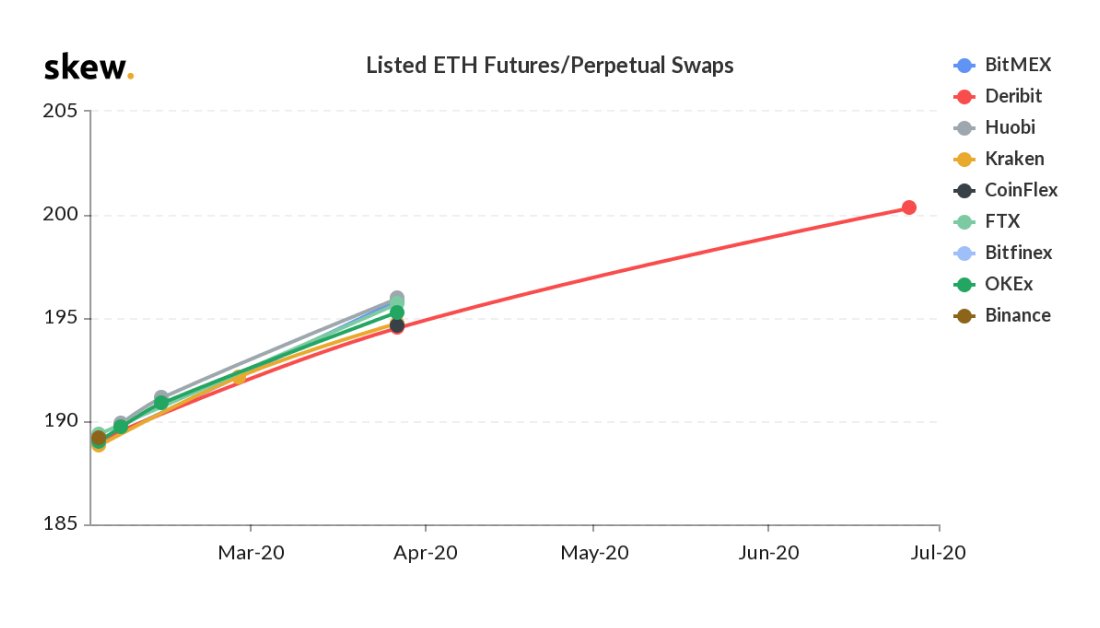 The trading volume of ETH has been on a decline since 14 January, dipping under $1 billion. However, the volume appeared to be gaining momentum as 2 February noted an increased surge of ~$2 billion. 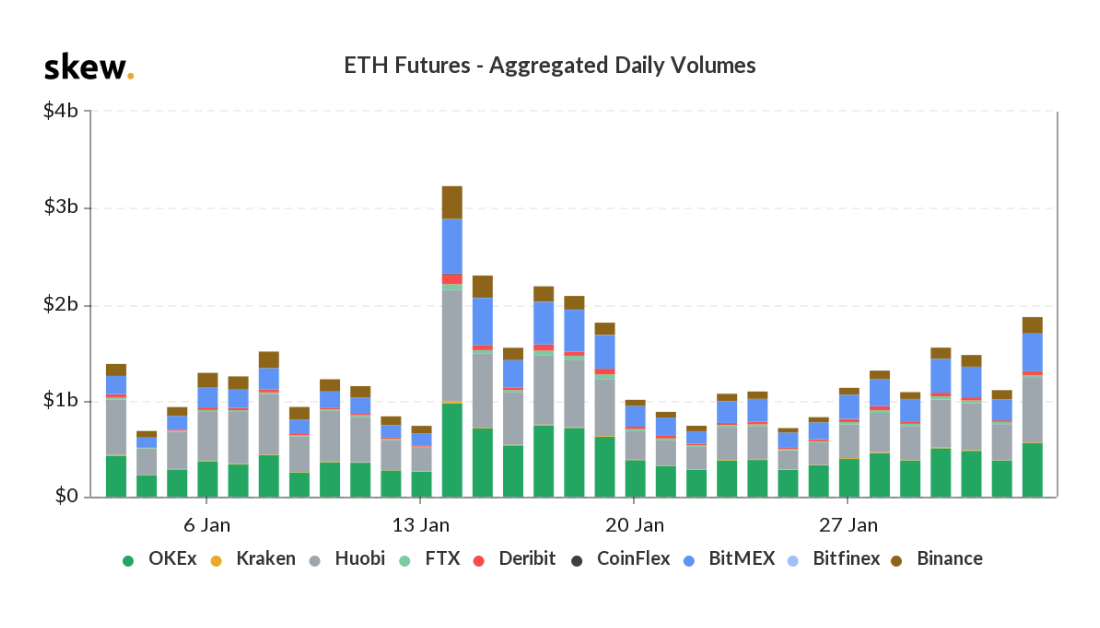 Ethereum Options volumes also suffered with low volumes. However, they picked up last week. On Deribit exchange, the Open Interest on 13 January was noted to be $6.6 million, following which it noted a drastic dip as low as $412k. However, the interest began to climb back up and noted a figure of $2.3 million on 2 February. ETH Futures’ Open Interest too noted a rise, led by OKEx with $170 million.