XRP could rise through broadening wedge to $0.31 next week

Home » XRP could rise through broadening wedge to $0.31 next week

XRP has never been shy about its volatility, presenting cryptocurrency traders and community members alike just how much its value can fluctuate, given the opportunity. So its 21% rise over the last 45 days comes as no surprise, with a value of $0.278 at the time of writing. XRP also boasts a market cap of over $12.1 billion and a daily trading volume of $1.7 billion, with a -0.24% decline since the previous day according to CoinMarketCap. It was traded most on the ZBG exchange, which accounted for 9.4% of trading volume in the last 24 hours. 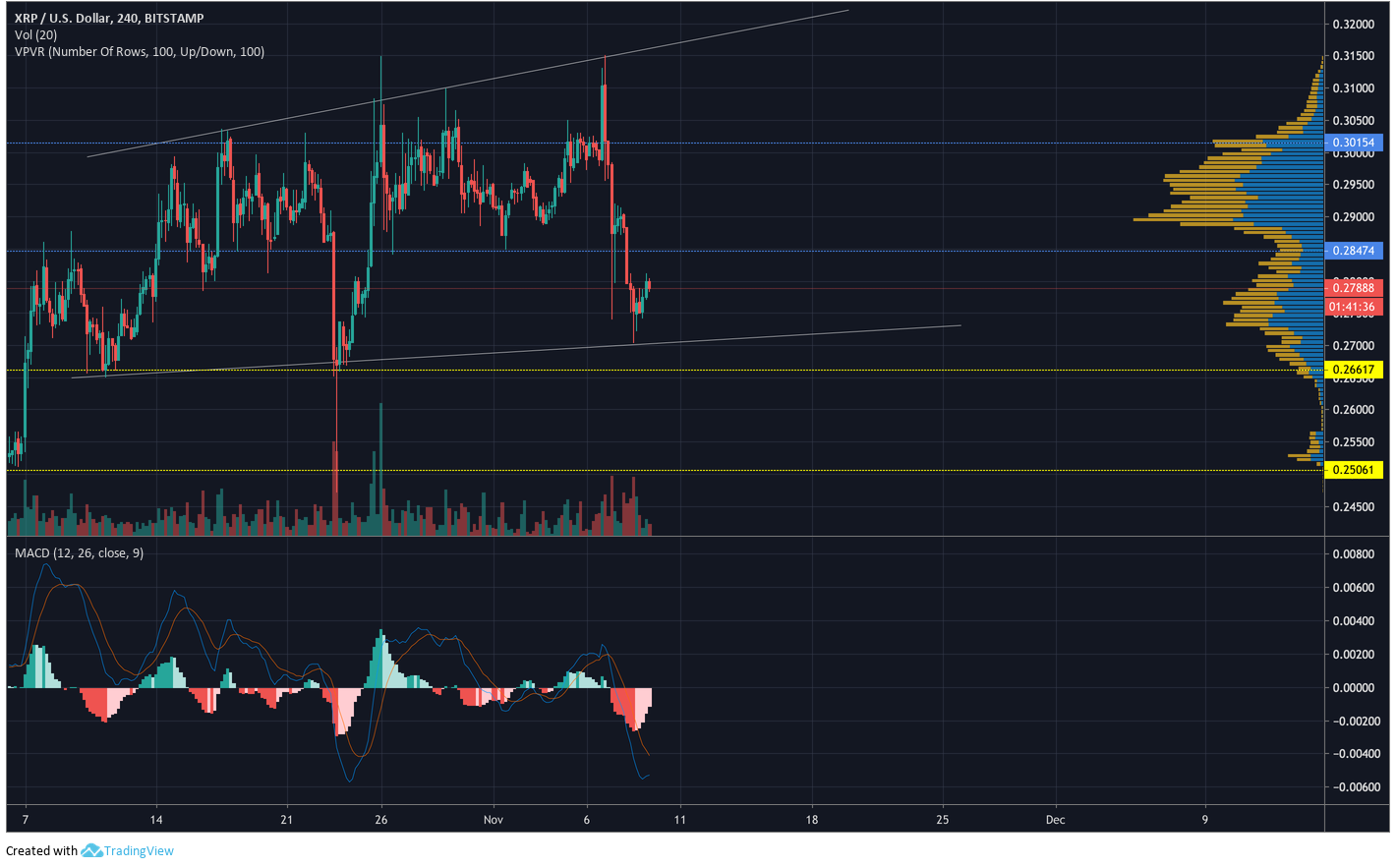 XRP looked to have entered an ascending broadening wedge pattern in mid-October, oscillating between the two trend lines since. Trading volumes seemed irregular, with a slight uptrend over the period, as is the case 65% of the time for this kind of pattern. Ascending broadening wedge patterns tend to exhibit downward breakouts 52% of the time, but this gives the price an almost equal opportunity to break upwards instead.

MACD showed the signal line moving above the MACD line after a bearish crossover took place on November 7th. The MACD line also looks poised for lift-off, indicating a bullish crossover could take place in the next few days.

The Volume Profile Visible Range indicator showed XRP entering into a price range that lies in an area that has more low volume nodes, indicating the potential for a swift move to higher volume node values. This could either be at around $0.27 or $0.29, however an overall decreasing trend in trading volumes towards the end of the price chart makes it is unlikely XRP will move down to a high volume node at a lower price point.

It’s possible that XRP will continue along the pattern, moving up to around $0.29 in the near future, and a bull market might continue to occur till its value crosses the $0.31 mark. At that point, it will have to test the pattern boundary to either break out upwards or bounce back down to between $0.28 and $0.30 in the coming weeks.