An official report revealed that a CBOE will restrict Bitcoin future listing in March because the exchange is on serious view to better approach derivatives for trading in the near future. 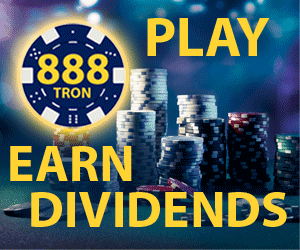 The latest announcement from Chicago Board Options Exchange (CBOE) goes on the record and published a report on why is the exchange putting brakes on Bitcoin future listing. The blog reads that;

“CFE is not adding a Cboe Bitcoin (USD) (“XBT”) futures contract for trading in March 2019. CFE is assessing its approach with respect to how it plans to continue to offer digital asset derivatives for trading. While it considers its next steps, CFE does not currently intend to list additional XBT futures contracts for trading.”

In addition, it is also revealed that already listed contracts will still in operation and will reportedly expire in June means that XBTM19 was the last contract which will remain in available for trading until June. It’s worth to note that the Bitcoin futures announcement bash of CBOE and CME group broke out in late 2017 when Bitcoin was on extreme peak. However, at press time, the value of BTC is not even half of what it was trading in December 2017 (which was almost US$20k). According to Coinmarketcap, Bitcoin is still battling and failing to reach $4000.

As the notice comes into the picture, crypto enthusiasts began analyzing the fact – as such on user on Twitter ‘John Todaro’ confidently stated the reason behind CBOE’s decision. In response to a similar context, John Todaro explained that CBOE’s bitcoin futures trading volumes have been getting crushed by CME.

That’s cause Cboe bitcoin futures trading volumes have been getting crushed by CME. pic.twitter.com/4dpi9Tfuwg

So readers, what do you think about CBOE holding Bitcoin futures in March? share your opinion with us.

Article Name
CBOE Future Exchange (CFE) Restricted Bitcoin Future Temporarily
Description
An official report revealed that a CBOE will restrict Bitcoin future listing in March because the firm is on serious view to better approach derivatives for trading in the near future.

The presented content may include the personal opinion of the author and is subject to market condition. Do your market research before investing in cryptocurrencies. The author or the publication does not hold any responsibility for your personal financial loss.